Usually the pensions expert is busy advising governments. But the Handelsblatt Research Institute gives you the possibility to tap into his expertise for your studies. 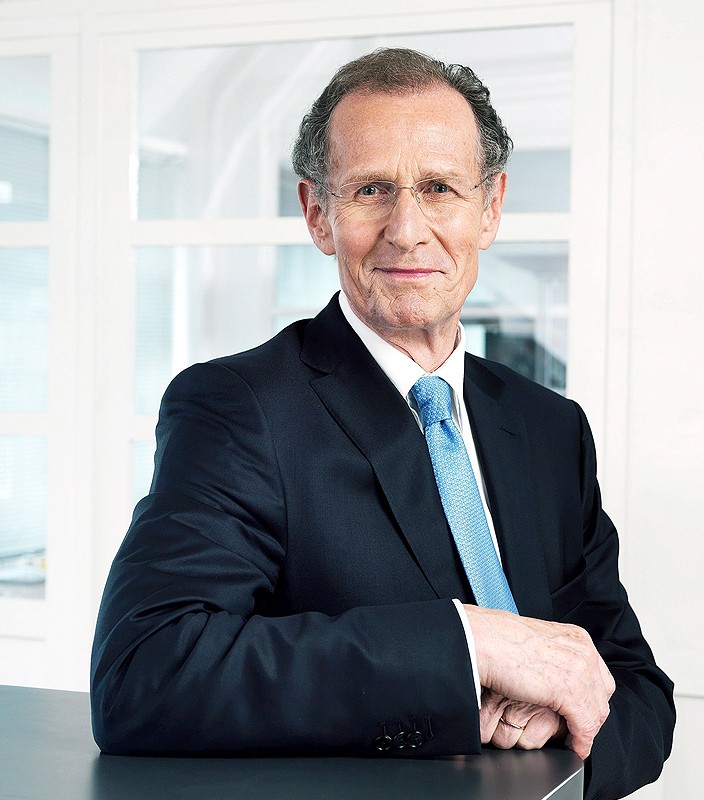 Between the years 2000 and 2009 the eminent economist was a member of the leading advisory committee of economic experts and from 2005 onwards was its chairman. As an adviser of several federal governments and head of the “Rürup Commission,” which examined the financial sustainability of the social security system, he prepared the way for reforms which have made Germany currently the most efficient industrial nation.

Bert Rürup was born on 7 November 1943 in Essen. After university studies in Hamburg and Cologne and completing his doctorate, Prof. Rürup worked for a while in the planning department of the federal chancellor’s office.In the summer term of 1975 he was stand-in professor for finance at the University of Göttingen, and in the winter term 1975/76 , took up the professorial chair for economics at the University of Essen.Following that, from 1976 to 2009, he headed up the economic and financial policy section at the Technical University of Darmstadt.

He has also been a guest professor and lecturer at the Technical University of Vienna, the Vienna University of Economics and Business, the Technical University of Bucharest, the Technical College of Leipzig (THL) and the University of Leipzig. For a long period, he was the German federal government’s adviser on pensions policy and also advised foreign governments. On 1 March 2000 Bert Rürup was appointed to the council of experts commissioned with examiningoverall economic development and was its chairman from 2005 to 2009. He initiated and gave his name to the 2005 “Rürup pension” (private provision for old-age with tax concessions) and since 2010 has been chairman of the board of trustees of the German Institute for Economic Research (DIW) in Berlin. Since the beginning of 2013 he has been president of the Handelsblatt Research Institute, an independent, scientific expertise and research centre of the Handelsblatt Publishing Group.

ResearchTV - Quick. Compact. To the point. The world of economics explained by Professor Bert Rürup.